I grew up as the 4th of 10 children, which meant we celebrated A LOT of birthdays throughout the year. And it just so happened that the majority of them fell within about a month of each other. In fact, we had 3 birthdays within 5 days of each other, with mine falling right in the middle of it.

So thanks to an overload of birthday cake during the month of September, I started to opt for a slightly less traditional birthday dessert to blow out my candles in: Million Dollar Dessert.

This has been a favorite of mine since I was a kid, and my yearly birthday treat. It’s both light and rich all at the same time. And bonus, if you eat it on your birthday, the calories don’t count. It’s science.

You have probably seen similar recipes to this, and all with a variety of names (Better Than Sex, Chocolate Sin, Sex in a Pan), but my mom kept it G-rated, and we called it Million Dollar Dessert. So feel free to share it with your kids and grandma without having to answer uncomfortable questions or turning a few different shades of red.

And if you have never grated up a chocolate bar before, you have been missing out and you are in for a real treat! Something about those small shavings just makes it taste that much better! And remember, there is no such thing as too much chocolate! So go crazy and make sure your dessert is completely covered, AND you have enough shavings left over to enjoy eating some throughout the process, because you most definitely will! 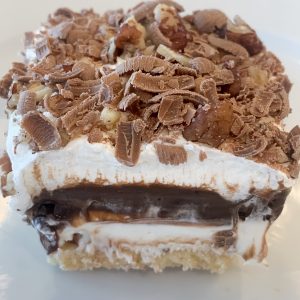 68 shares
Lip+Cheek: Using your cream blush as a lip stain for a flawless, and cohesive, look.
Maskcara’s Newest Releases: All your makeup essentials to transition seamlessly into fall. 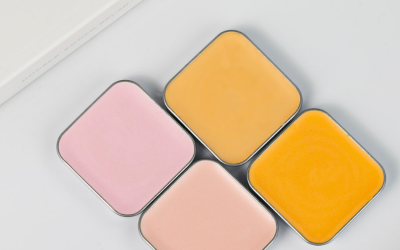 The Ultimate Guide to Demi Colour from Seint Beauty 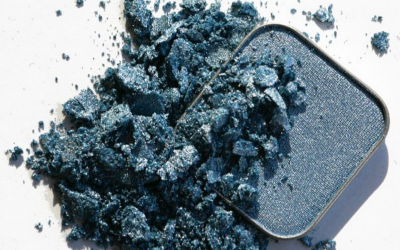 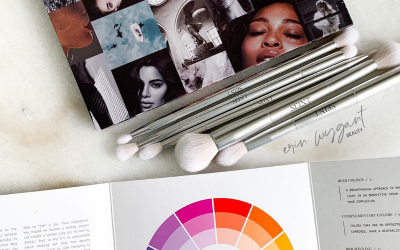 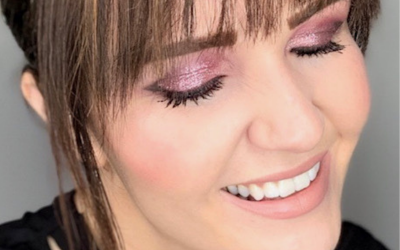 5 kids worth of maternity clothes, and worth every

Even though the Blush and Bronzer Brush is my ride

“She slept with wolves without fear, for the wol

3 days till Halloween, and I’m still not sure wh

5 kids worth of maternity clothes, and worth every

Even though the Blush and Bronzer Brush is my ride

“She slept with wolves without fear, for the wol